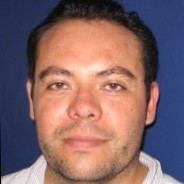 Assistant Professor of Spanish and Faculty Affiliate in Latina/o Studies

Alternative American Literatures: From the Indigenous Chronicle to the Latin American & Chic. Novel (not offered 2022/23)

Carlos received his Ph.D. in Hispanic Languages and Literatures in the Department of Spanish and Portuguese at UC Berkeley in 2020. Prior to his graduate studies at Berkeley, Carlos completed a master’s degree in American Studies from Purdue University. In his dissertation, “Early Seventeenth Century Nahua Poetics: Domingo Chimalpahin and the Cemanahuac Archive,” Carlos examines the writings of don Domingo de San Antón Muñón Chimalpahin Quauhtlehuanitzin, a Nahua intellectual who produced a large body of written texts in Nahuatl and Spanish in the sixteenth and seventeenth centuries. Carlos’ study reframes Chimalpahin’s work as an indigenous intellectual project which safeguards the history of Cemanahuac—today’s central Mexico—and preserves for future generations of Nahuas and their descendants the possibility to reclaim their language, history, government institutions, and land. Carlos’ research interests include: Spanish American Literature and Historiography; Nahua intellectuals of the 16th and 17th Centuries; colonial and contemporary Nahuatl; Mexican Studies; Postcolonial Studies; and Chicana/o/x and Latina/o/x Literature.

Covid-19 is an ongoing concern in our region, including on campus. Safety measures are in place, and campus community members and guests are additionally advised to take personal precautions. See the college's Covid-19 website for information about campus policies. For the latest research and recommendations from the CDC, visit cdc.gov/coronavirus.
MENU

Check out the various careers our alumni have pursued after Williams!
→ END_OF_DOCUMENT_TOKEN_TO_BE_REPLACED